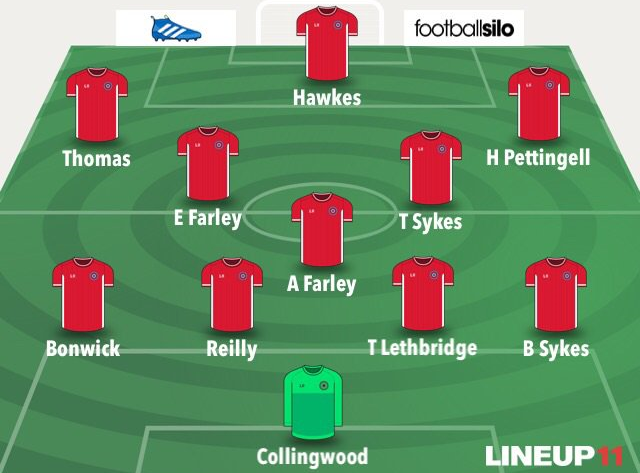 Long Crendon made it two wins out of two after a powerful second half display saw them defeat a talented Thatcham Town Development 2-0.

Injuries and unavailability meant Ryan Davis was forced into three changes from the win over Taplow Utd, with Ben Sykes, Dan Reilly and Ben Thomas coming into the starting eleven. The first half was a tight affair with goalscoring chances at a premium. Crendon had the better of the territory but were restricted to efforts from James Hawkes and Tom Sykes that were narrowly off target. At the other end, the experienced Yashwa Romeo headed over for Thatcham but the sides went in goalless.

Thatcham came out the quickest after the break and Crendon were indebted to keeper George Collingwood who saved smartly at the feet of a Thatcham forward before a back post header drifted just wide. However, this might have had the effect of waking Crendon up as they went down the other end and opened the scoring. Tom Sykes and Ben Thomas combined before Thomas skipped to the byline and crossed low into the six yard box where a Thatcham defender hacked into his own net under pressure from Hawkes. On 57 minutes Crendon doubled their advantage after a spell of concerted pressure. A loose ball in the box broke to Thomas and he fed Hawkes, who gleefully drilled home and seemingly wrap up the points.

Collingwood made another excellent low save as Thatcham rallied late on, before Crendon had the chance to make the game safe when Hawkes was shoved in the box. Captain Alex Farley stepped up but saw his penalty saved and Harry Pettingell couldn’t direct the rebound on target. Nevertheless, the points were safely tucked away and Crendon remain top of the league at this very early stage.