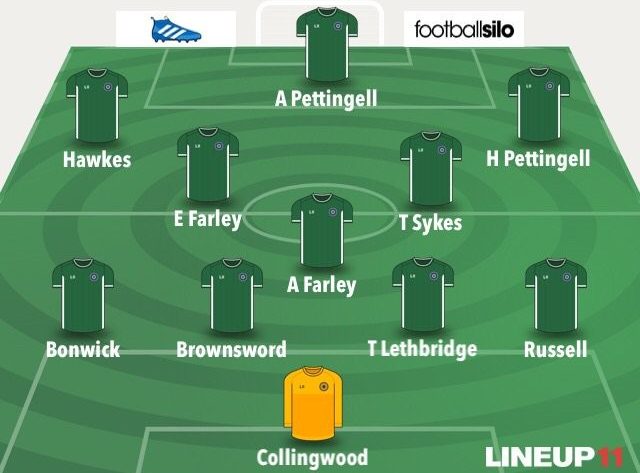 Long Crendon got their Hellenic League campaign off to a flying start with a comfortable 4-0 win over Taplow United on Saturday.

Manager Ryan Davis was dealt a blow before kick-off when last season’s top scorer Oli Lethbridge was ruled out with a dead leg suffered in the final pre-season friendly but still had a strong squad to choose from. Playing down the slope, Crendon almost immediately took control of the game and penned Taplow in for long periods. Nevertheless, the first goal proved hard to come by as a combination of a tricky surface and some wayward finishing allowed Taplow to stay in the game. Nathan Brownsword hit the bar from a Tom Sykes corner but the ball was scrambled away and Tom Lethbridge should have done better with a header from an inswinging Alex Farley delivery. When Harry Pettingell was unable to direct a James Hawkes cross on target, frustration was starting to mount and Crendon could have been punished when a speculative Jordan Jawandha effort on the break had to be turned round the post by George Collingwood.

However, on 34 minutes, Crendon got their reward when Taplow failed to clear another Tom Sykes corner and Tom Lethbridge fired through a crowd of players to break the deadlock. That settled any lingering nerves and soon after, Crendon had the chance to double their lead. Eliot Farley, the game’s most dangerous player to that point, was sent clear and although he got his shot away, he was clumsily felled by a late challenge. Nathan Brownsword stepped up and slotted home the resulting penalty.

Late comers to the second half would have missed the third Crendon goal and it was a calamitous affair for Taplow. A needless backpass bobbled over the Taplow keeper’s foot and Archie Pettingell was on hand to capitalise, tapping into an empty net. It was especially harsh on the Taplow keeper, who was otherwise outstanding. Crendon maybe took their foot off the pedal for a time at this point and Taplow had their best chance of the game but their striker screwed horribly wide when well place. Almost straight away, it was 4-0 as Crendon broke away and Harry Pettingell’s looping cross was headed home by the unmarked Eliot Farley, capping a fine performance. Further chances for Hawkes and Harry Pettingell could have added gloss to the scoreline but it remained 4-0 and a very satisfactory start to the season.